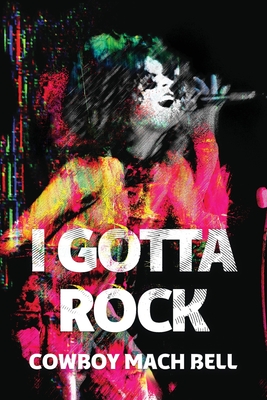 Aerosmith's Joe Perry put it this way, "The new singer, Cowboy Mach Bell, was a rock'n'roll guy who grew up in the next town over from me (Holliston, Massachusetts) and had a group called Thundertrain. He loved to rave and be in a band."

In his tell-all, journeyman rocker, Cowboy Mach Bell, lead singer with the Joe Perry Project (1982-84), Thundertrain (1974- 80) and the Mechanical Onions opens up about his band's meteoric paths, his favorite rock musicians and how he found himself touring & singing alongside America's quintessential rock star, Joe Perry.

This is a Twenty Year 1965-85 memoir and through a series of vignettes, Mach Bell takes readers back to where it all happened: the little tent where he saw the Jimi Hendrix Experience perform; the jail cell he was tossed into after a teenage bust; the Thundertrain mansion and the spot where his first songwriting sessions with Joe Perry took place; the roadhouses and dragways where Thundertrain and the Joe Perry Project headlined nightly; the studios where Once a Rocker Always a Rocker was recorded; and the underground clubs that erupted whenever Mach Bell played.

I GOTTA ROCK is packed with never-before-told stories about fans, bands, rockstars, punks, the Sunset Strip, El Mocambo, groupies, backstage, the Rat and the Boston/NYC rock scene's most vital years. Cowboy gives a fresh perspective on 20 years of the most provocative moments in his turbulent rock'n'roll career.

Mach Bell also provides a detailed and stunning account of the time he spent on the road employed as a roustabout with Circus Vargas just prior to his joining the Joe Perry Project. Humorous run-ins with excited fans, famous musicians and more than one angry club owner. I Gotta Rock is at once a rocking 60's time capsule of the counterculture in Boston and beyond, a 70's reflection on what it means to find oneself as a rock performer, and an 80's tale of a life lived on the wild side. It's not only a must-read for Cowboy Mach Bell fans, but an essential volume of American pop culture history.