My Friend, My Hero: The Hero Book Series 1 (Paperback) 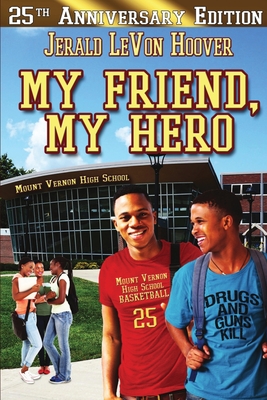 My Friend, My Hero: The Hero Book Series 1 (Paperback)

Bennett Wilson has the world at his fingertips. One of the top basketball players in New York State, he is destined to lead Mount Vernon High to the state championship for the first time. Many of the nation's top colleges are already reaching out, eager to sign him to their roster. Scholarships are guaranteed. Still young, Bennett is seduced by the promise of fame and fortune. Yet all is not as it appears. Bennett's life is plagued with strife and conflict. The oldest of three, he has grown up with his single mother in the tough inner city projects of Mount Vernon. Life is hard but Bennett refuses to choose the fast life of the streets. He knows his only ticket to freedom is through basketball and academics.Bennett's dreams come to a screeching halt when he learns his sick mother has fallen far behind on her rent and is threatened with eviction. He knows he can get easy money on the streets, but at the cost of ruining his future. Will Bennett finally succumb to a life he's avoided and if he does, what will it cost? My Friend, My Hero, which celebrates its 25th year in print, is the first in the acclaimed, The Hero Book Series, by author Jerald LeVon Hoover.