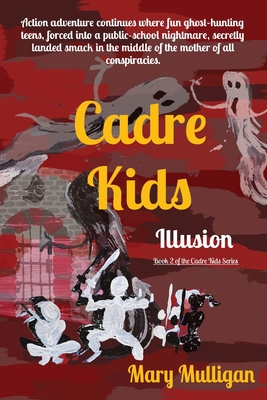 Finding themselves amerced in public school, two fraternal-twins, Jake and Rosa lean on each other as well as their older brother, Ted, to help navigate the public education system. The odds became stacked against them when their mom fought the system attempting to prevent it continuing their home-schooled education. Unbeknownst to her, this was a system no one could win.

Fighting the system only garnered the teenagers worse-unwarranted attention, thrusting them into a world where they are constantly singled out and, targeted. The targeting is by design, not by teachers who feel slighted, but by a powerful fifth column which longs to ensure the teens fail.

Confronted by bullies, insurmountable odds and, special preferences the three teens take very different approaches to help survive public-school life. Their juvenility keeps their spirits alive creating ghost hunting videos, but adventuring with family and friends can only take them so far.

Jiu Jitsu which their parents enrolled the teens in to help them build confidence, instead becomes the glue bonding them to an unlikely network of friends. As the friends endure hardships, the teens uncover of hints about the unknown evil lingering cabal.

When at last, one of them is turned, the rest inevitably unite becoming the Cadre Kids.