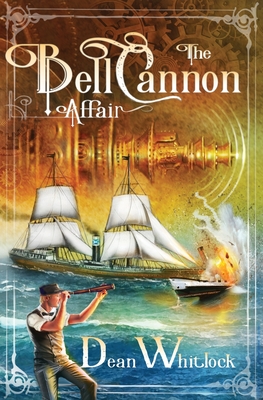 Bad luck seems to follow Ewan Gilmore, a crewman on the steam liner Isle of Lewis. It's a blot that makes him a pariah among the crew. Now, about to be left behind on the pier, he gets one last chance to prove himself - to masquerade as a passenger and serve as secret bodyguard for a certain Professor Jakub Skovajsa and his gifted daughter, Tereza.

The Skovajsas are being deported under a cloud of grief, suspicion, and fear. Not even they know exactly what happened during the professor's last experiment; he claims to have lost all memory of it, and Tereza can't - or won't - reveal what she knows. But somehow it killed a squad of soldiers, a general, two congressmen, the Secretary of War, and Mrs. Skovajsov , Tereza's mother. They're both still shaking from the trauma. Meanwhile, rumor has spread that the professor was working on a secret weapon that would end all wars, and still has a prototype hidden away. The public want them gone, the press wants the full story, and agents from more than one country would kill for the prototype.

No other ship will take the Skovajsas, but the Isle of Lewis can't afford not to. As passions rise on board, the Lewis steams eastward into a maelstrom of stowaways, shysters, spies, death threats, traitorous allies, and a raging hurricane, with the mystery of the Bell Cannon at its eye.