The Hill: A Memoir of War in Helmand Province (Paperback) 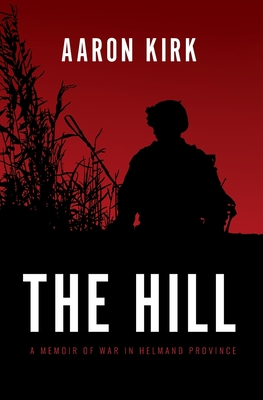 The Hill: A Memoir of War in Helmand Province (Paperback)

"We were chasing ghosts in killing fields, where adolescence ended and the war began."

A captivating account of the deeply personal experience of modern combat and the raw, unfiltered reality of enlisted Marine Corps life.

At twenty-one years old, Lance Corporal Aaron Kirk found himself in charge of a Marine infantry squad at one of the most austere patrol bases in all of deadly Helmand Province, Afghanistan. A desolate place, on the edge of the American military empire. A place without comfort or a clear mission known simply as: The Hill.

With unique perspective and intensity, Aaron Kirk tells the story of his time as a Marine during the height of the U.S. troop surge in Afghanistan. On the pristine beaches of Kaneohe Bay, Hawaii and in the training areas of Twentynine Palms, California, Kirk searches for elusive brotherhood and belonging. On two deployments to Helmand Province, he grapples with combat and leadership.

During his time as a squad leader in Garmsir district, Kirk's squad occupies a forlorn and austere location called Patrol Base KT-4-or more simply, The Hill. Fighting the elements, the enemy and themselves, the grunts of third squad drift further from the unwritten strictures of the Marine Corps as they embrace danger, isolation and misery. Meanwhile, Kirk battles his own shortcomings and fear of failure as he struggles to keep his men alive against an enemy who watches their every move without revealing himself.

Following the author's odyssey from civilian to Marine and back again, The Hill is a definitive account of modern Marine Corps culture and

an essential meditation on the universal truths, emotions, and costs of the Longest War.