A Tale of Frost (Paperback) 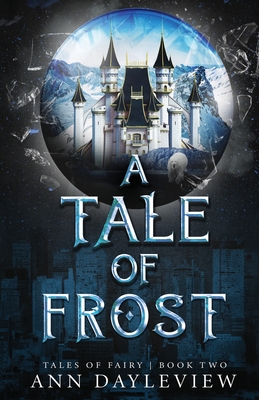 A Tale of Frost (Paperback)

A centuries old curse, a talking polar bear, and a random stranger in her bed-tracking down her missing classmates is not quite what Freddie Jones expected.

When Aiden is given a second chance at revenge, he knows he can't risk losing it by courting Freddie, no matter how much he longs to. But his attempt at goodbye is shattered when he finds her gone, and a violent scene left behind.

Meanwhile, Freddie, fails yet again to get a lead on her missing classmates, leaving her doubting her potential as a journalist. However, a polar bear breaks into her home in suburban Pennsylvania and steals her away to a frozen castle, and finally she gets her first solid lead. The only problem is now, she's trapped and must first find a way to save herself before rescuing her classmates.

With powerful curses keeping them apart, Aiden and Freddie must decide what, and who, they are willing to sacrifice to achieve his revenge and cover her story.