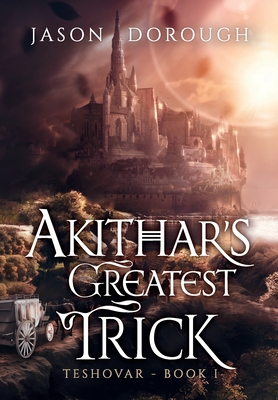 The Great Akithar is the most famous stage magician in a realm where real magic is outlawed. Over the past decade, Akithar and his troupe have built a reputation-and a home-in the dense coastal city of Klubridge. Every night, he thrills audiences with his controversial performances. Backstage, Akithar hides a secret more dangerous than any of his engineered illusions.

Far inland, an ancient and mysterious tyrant dispatches an elite band of mage hunters to crush magical insurrection. When their hunt brings them to Klubridge, they suspect that Akithar's magic might be more than mere stage trickery. Akithar and his company will have to rely on a cunning heist, desperate improvisation, and the art of deception to save their theater and even their very lives.