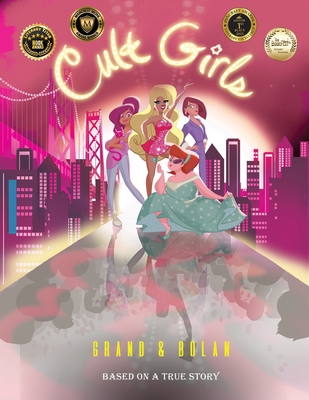 Cult Girls based on a true story, tells the story of Talia and her friends as they struggle with growing suspicions that their faith is a patriarchal religious cult. It's a story of tremendous courage and female empowerment as Talia as her friends successfully free themselves told through a feminist lens with cautionary humor. Talia discusses the adversity faced as a young female raised in a cult that values its men over its women, meanwhile trying to find herself in the middle of several peer pressures. Rosa talks about how she was forced into a loveless marriage and struggles to find the means to escape. Sandy and Rochelle hope to fade out of their elder's attention while still trying to maintain a successful marriage. These four women were born, raised and married in the cult and they each have a different path consisting of their own individual passions, desires and goals.

Cult Girls has an educational backdrop of the harsh treatment that these peculiar individuals knocking on your door don't want you to know. It lightly touches on their shunning policies, lack of acknowledgment of modern medicine, and training its members to be martyrs that sacrifice their families, as well as an aversion to education and political processes. The healing journey is the discovery that there is hope for a better world, by realizing with their feminine energy they can make a change for the better in each a unique way.

Cult Girls was awarded First Place at 2002 The BookFest Awards for Girls & Women YA Fiction and featured in Cult News 101.