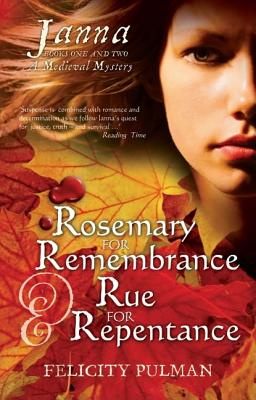 
Special Order—Subject to Availability
A great-value bindup of books one and two in the nailbitingly thrilling Janna Mysteries In Rosemary for Remembrance, Janna's mother has been poisoned and Janna will need all her courage and skill to bring the murderer to justice. But who can she trust when everyone around her has secrets that threaten her safety? In Rue for Repentance, Janna is given shelter at a manor farm as she flees for her life, but not all is as it seems. A child goes missing and Janna vows to find him, but who can she turn to for help? Time is running out for both Janna and the lost boy.
Felicity Pulman's first novel for Random House Australia, Shalott, won the Society of Women Writers Award—Young Adult in 2001. Return to Shalott and Shalott: The Final Journey continued the story of five Australian teenagers zapped into the intrigue of King Arthur's court at Camelot. Felicity has also published Ghost Boy, a time slip adventure for younger readers about the Sydney Quarantine Station.