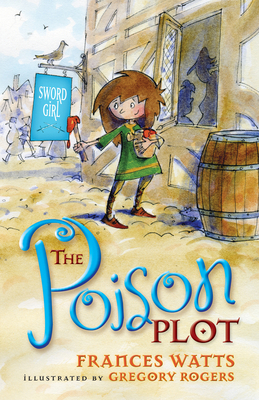 This is book number 2 in the Sword Girl series.

Sir Walter is holding a banquet at Flamant Castle—but Tommy overhears one of the castle's enemies plotting to poison him. Unless she can foil the plot, Flamant will be at war! Can an unusual cure for a cold possibly save the day?

Frances Watts is the author of Kisses for Daddy and The Secret of the Ginger Mice. Gregory Rogers (1957-2013) was the first Australian to be awarded the prestigious Kate Greenaway Medal. His first wordless picture book The Boy, the Bear, the Baron, the Bard was selected as one of the Ten Best Illustrated Picture Books of 2004 by the New York Times and short-listed for several awards.