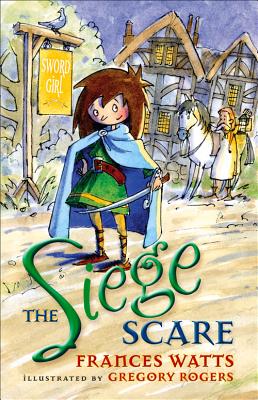 This is book number 4 in the Sword Girl series.

When Sir Walter, Sir Benedict, and the other knights go to nearby Roses Castle for a tournament, the enemy knights from Malice attack Flamant. The castle is surrounded and there's no way out! With the help of her friends, Tommy devises a daring plan. Can she save Flamant Castle before it's too late?

Frances Watts is the author of Kisses for Daddy and The Secret of the Ginger Mice. Gregory Rogers (1957-2013) was the first Australian to be awarded the prestigious Kate Greenaway Medal. His first wordless picture book The Boy, the Bear, the Baron, the Bard was selected as one of the Ten Best Illustrated Picture Books of 2004 by the New York Times and short-listed for several awards.