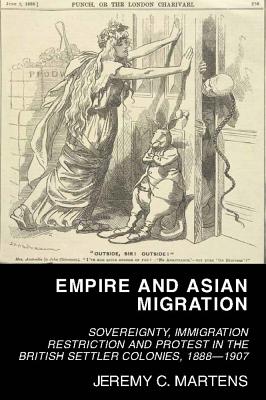 
Special Order—Subject to Availability
(This book cannot be returned.)
Empire and Asian Migration makes a vital contribution to current historical scholarship on the under-researched imperial connections between colonial sovereignty, white settlers' opposition to Asian migration, and the emergence of the Gandhian anti-colonial movement in the British Empire. This book is the first historical study explicitly to situate the serious imperial tensions arising from global Asian migration within the context of the limited sovereignty exercised by the self-governing colonies and dominions of the British Empire. In particular, it links geographically and temporally diverse trans-colonial popular protests around Asian immigration between 1888 and 1913 to a fundamental constitutional weakness common to all the settler colonies. The book also argues that the evolution of Gandhian satyagraha after the Boer war should be analyzed in tandem with concurrent populist white settler protests against Asian immigration to southern Africa.