A Stranger Comes to Town (Hardcover) 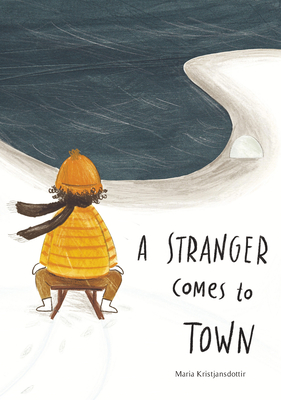 A Stranger Comes to Town (Hardcover)


In Stock—Click for Locations
Follow the funny story of a boy who tries to help the unexpected arrival to his small island town. One day, Henry wakes up and gets ready for sleigh rides in the snow, but he encounters a polar bear instead. It's up to Henry and his grandpa to sneak the polar bear off the remote island. Will the polar bear make it back to the North Pole?
Maria Kristjansdottir ===================== Maria Kristjansdottir recently graduated with an MA in Children's Book Illustration from the Cambridge School of Art. Growing up in Iceland, she enjoyed being active, spending summers running wild, and making up stories at her grandparent's house. She also used every opportunity to doodle and draw on anything she could find. Illustrating and making children's books is a terrific way of combining her need to draw and her love of making stories.