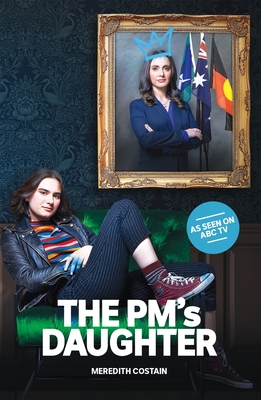 
Special Order—Subject to Availability
Cat is like any other teenager who wants to fight the powers that be. There’s just one complication . . . her mother is the Prime Minister of Australia.

Catalina Parkes Pérez is used to living a pretty normal life. But when her mum is thrust into the role of Prime Minister, Cat’s life becomes anything but. Life at The Lodge means having every moment scheduled and every outfit pre-approved. But it’s not just the dinner parties and daggy dresses – Cat and her mum disagree on practically everything, especially the government’s climate policy. Now someone is trying to sabotage the new Prime Minister – putting Cat, and everything she loves, in danger. Will she, with the help of some new friends, be able to make things right, for her family and the country?

Inspired by the original program created by Tristram Baumber and Matthew Allred, as seen on ABC TV.
Meredith Costain is a prolific writer of picture books and popular fiction and non-fiction for children and older readers. Her books include Bed Tails, the Year in Girl Hell series, and Musical Harriet which was adapted for television by the ABC. Doodledum Dancing, a collection of verse for young readers, was an Honour Book in the Children’s Book Council of Australia awards. Meredith has won several awards for her writing including the Mary Grant Bruce Story Award and the Aurealis Convenor's Award. She regularly presents writing workshops for kids and adults in libraries and schools.