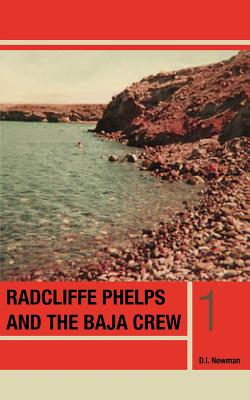 
Not On Our Shelves—Ships in 1-5 Days
(This book cannot be returned.)
How did an ex-Navy Seal, a loner, end up with such a motley group to crew his boat on the Gulf of California?

Radcliffe Phelps called himself a Baja Expert. He was adept at getting people out of Mexican jails and finding what happened to people missing in drug wars. With his degrees in Mexican/South American history, he was adept at steering researchers and artifact hunters to prime areas. With his not quite finished PhD in Marine Biology, he could take fishermen to find the catch of their lives. He took these jobs in order to finance his passion; searching for sunken Spanish Galleons from the 15th century loaded with treasure.

But now Rad, with all his skills, has the biggest challenge of his career in molding his new crew: a 16 year old runaway boy from San Diego social services (Eric), a grandfather of native Mexican decent (Miguel) along with his 14 year old grand-daughter (Juana), and a mangy Mexican dog named Zorro. Can he turn this motley group into a working crew and find treasure?