Canada and Africa in the New Millennium: The Politics of Consistent Inconsistency (Paperback) 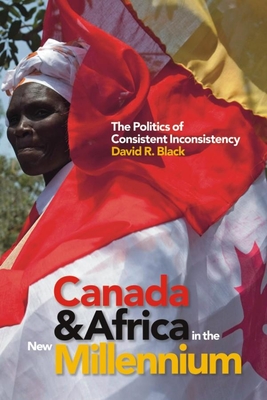 Canada and Africa in the New Millennium: The Politics of Consistent Inconsistency (Paperback)


Not On Our Shelves—Ships in 1-5 Days
Canada's engagement with post-independence Africa presents a puzzle. Although Canada is recognized for its activism where Africa is concerned, critics have long noted the contradictions that underlie Canadian involvement. Focusing on the period following 2000, and by juxtaposing Jean Chr tien's G8 activism with the Harper government's retreat from continental engagement, David R. Black's Canada and Africa in the New Millennium illustrates a history of consistent inconsistency in Canada's relationship with Africa. Black combines three interpretive frames to account for this record: the tradition of "good international citizenship"; Canada's role as a benign face of Western hegemonic interests in Africa; and Africa's role as the basis for a longstanding narrative concerning Canada's ethical mission in the world. To examine Africa's place in Canada's foreign policy--and Canada's place in Africa--Black focuses on G8 diplomacy, foreign aid, security assistance through peace operations and training, and the increasingly controversial impact of Canadian extractive companies. Offering an integrated account of Canada's role in sub-Saharan Africa, Black provides a way of understanding the nature and resilience of recent shifts in Canadian policy. He underscores how Africa--though marginal to Canadian interests as traditionally conceived--has served as an important marker of Canada's international role.