Mansa Musa I: Kankan Moussa: from Niani to Mecca (Paperback) 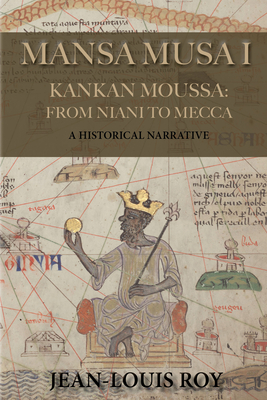 Mansa Musa I: Kankan Moussa: from Niani to Mecca (Paperback)

Mansa Musa I - Kankan Moussa: from Niani to Mecca vividly recounts, in an intense and almost cinematic manner, the unique story of the young West African ruler Mansa Musa I, the King of Mali, who ruled over a massive territory from 1312 - 1337. Mansa Musa's territory of rule stretched across two thousand miles, spanning the Atlantic Ocean to Lake Chad. Under his rule, his state prospered and it is estimated that he was the wealthiest man in the world. In 1324-1325, he undertook a pilgrimage to Mecca with a massive retinue of twelve thousand men. The voyage, at that time was without precedent - crossing the deserts of the Sahara all the way to Arabia, a distance of some four thousand kilometres. His intent was to bring the very best of the Arabic world, scholars, government bureaucrats, architects, educators, commercial know how, poets, artisans to his massive kingdom. Effectively, he was to transform his kingdom to become a leading force in the world at that time. He succeeded, indeed, and his pilgrimage brought his Malian kingdom to the attention of Europe. For the next two centuries, Italian, German and Spanish cartographers produced new maps of the world showing the vital routes which connected Africa to Arabia.

Jean-Louis Roy is the author of numerous books including The Age of Diversity: The New Cultural Map and Ontario in Transition. He has served as President of the International Partnership and the Centre de la Francophonie in the Americas. He was Director of Le Devoir before being appointed Québec’s Delegate General in Paris, a post he held until 1990. from 1990 to 1998 he was Secretary General of the Agence de la Francophonie in Paris. Jean-Louis Roy is currently a visiting researcher at the Public Law Research Centre of the University of Montreal (CRDP).