After the Sands: Energy and Ecological Security for Canadians (Paperback) 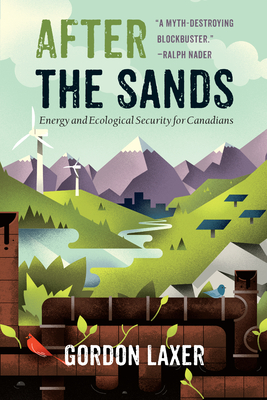 After the Sands: Energy and Ecological Security for Canadians (Paperback)


Special Order—Subject to Availability
Hailed as a myth-destroying blockbuster book by Ralph Nader, After the Sands outlines a vision and road map to transition Canada to a low-carbon society: a plan lacking within all of Canada's major political parties. Despite its oil abundance, Canada is woefully unprepared for the next global oil supply crisis. Canada imports 40 percent of its oil, yet--unlike twenty-six of the other twenty-eight international energy agency members--has no strategic petroleum reserves to meet temporary shortages. Canadians use 27 to 39 percent more oil per capita than other sparsely populated, northern countries like Norway, Finland and Sweden. After the Sands sets out a bold strategy using deep conservation and a Canada-first perspective. The goal: to end oil and natural gas exports and ensure that all Canadians get sufficient energy at affordable prices in a carbon-constrained future.
Gordon Laxer, Ph.D., is the founding director and former head of Parkland Institute at the University of Alberta in Edmonton. A political economist and professor emeritus at the University of Alberta, Laxer is a prominent public intellectual. He has been widely published in both newspaper and academic journals, and has authored several books including 'Open for Business: The Roots of foreign ownership in Canada (Oxford University Press).