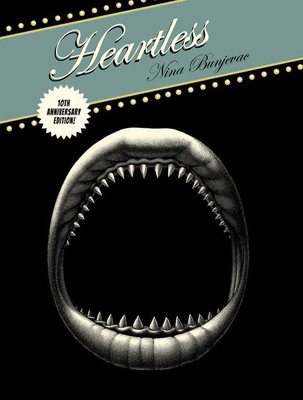 Featuring 30 pages of new material and powered by an expressive black and white drawing style, reminiscent of Robert Crumb and the meticulous pointillist technique of Drew Friedman, the dark undertone of Bunjevac's humour brings into light the range of socio-political issues her comics deal with, such as gender, nationalism or urban alienation, always from an ironic feminist perspective.

In the decade since her ground-breaking first edition, Bunjevac has come to be recognized as one of the world's most important comic artists, with her books Fatherland and Bezimena winning awards and garnering praise. Withthis new paperback edition, featuring new stories and drawings, she returns to her roots and shows why she is considered a master of the form.

Nina Bunjevac is a Toronto-based artist and illustrator. Her other books are Fatherland (2015 Jonathan cape), Bezimena (2019 Fantagraphics), The Alchemical Journey Through the Major Arcana of The Tarot (2021 Zarabatana Books, Brazil), and La Reparation (2022, Editions Martin De Halleux, France). Her books have received multiple Doug Wright awards, the French Aremisia Prix, Italian Grand Jury Prize at Lucca Comics and Games, and Joe Shuster. Her art has been exhibited both at home in Canada and internationally, most notably at Art Gallery of Ontario and Galerie Martel in Paris.