The Martyrdom of Man (Paperback) 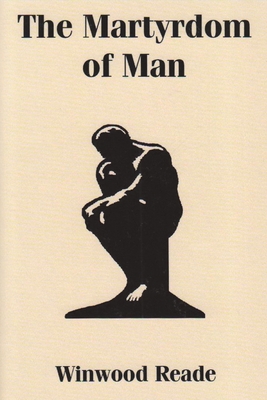 The Martyrdom of Man (Paperback)

William Winwood Reade (1838 - 1875) was a British historian, explorer, and philosopher. His major work, The Martyrdom of Man (1872), is a secular history of the Western world. According to one historian, the book became a kind of "substitute bible for secularists". In it, Reade attempts to trace the development of Western civilization in terms analogous to those used in the natural sciences.

The Martyrdom of Man was a history of the world from an entirely new viewpoint, and was a prominent freethinking text of the late Nineteenth century. It is not an exaggeration to say that it provided a view of History as revolutionary as Darwin's view of Science - an entirely new and non-religious way of looking at the subject. It was very popular and influential on publication in the 1870's and long after - Arthur Conan Doyle, H.G. Wells and George Orwell were all heavily influenced.