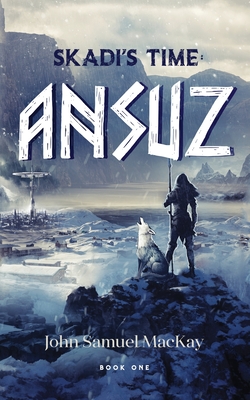 In a world beset by a harshening climate and increased strife, technology improves slowly, spiritual beliefs stagnate, and Seers adapt as best they can. However, the Master of Cosmic Dust - director of energy and creation itself, known to many peoples by many names - has reached out to a select few and issued instructions.

Those touched by his mysterious Call must seek out the mythical huntress Skadi from the distant wilderness and convene with her in Meniya, the ancient temple of an abandoned civilization. If it succeeds, such a reunion will herald a new energy for the planet and bring it out of its stupor. If it fails, Albrimir may fall victim to a tyrant's yoke. Chances of success seem low, for Skadi is not one to lend herself voluntarily to places of civilization.

Kolfinna, a young Communicator with a unique gift, is able to use the Dust itself to communicate in thought, vision, and feeling to all those reached by The Master of Cosmic Dust, or Sigfather as he's known to her people The Gorrlanders. Believing Kolfinna is able to channel Skadi and lure her out of hiding, they send her and her partner Mikkjal across tundra and taiga to set this unprecedented meeting.

Their physical and astral journey will take them through distant lands and into the crosshairs of a tyrant. Navigating alliances, betrayals, and an impeding global war, they'll find themselves questioning their identities and the true nature of their purpose. Ansuz is the epic first novel in the Skadi's Time series.