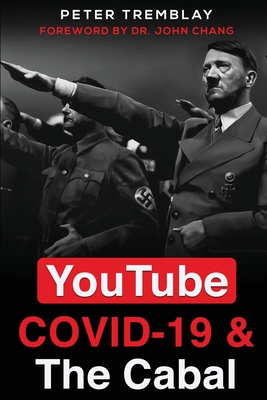 Have you ever noticed during the pandemic how our leaders are acting robotic, appearing to parrot programmed slogans, their eyes glassy eyes and emotionally detached, yet fixated?

Have you ever wondered how our leaders are able to unanimously perpetrate the use of what Dr. Peter McCullough has called a bioterrorism weapon in the name of COVID-19 "vaccines"-a so-called medical intervention that they now turn against our children?

How are the numerous documented deaths, among them many children, not considered a good and legitimate reason to pause this vaccination program?

What has been the role of billion-dollar social media networks led by YouTube in censoring leading physicians? Dr. Peter McCullough is among the many learned doctors from around the world who have sought to warn humanity about the true intent of the jab. What is this silencing all about?

Since when does the verifiable statistical data presented by independent-minded doctors constitute "medical misinformation," as deemed by YouTube's shadow management and other social media giants?

We have all seen it in movies, and now we seem to be experiencing it in real life. It is apparent that the "pandemic," along with all of its well-documented deception and willful negligence, has been intelligently designed to provoke fear and panic to corral the masses into "vaxxing." This "vaxxing" effort has been the perfect cover to expedite an invasion of Earth already well underway through regressive alien artificial intelligence mRNA technology.

YouTube, COVID-19 & The Cabal documents YouTube's pattern of concealing testimony that corroborates the technological and operational involvements of alien-backed Nazis who were welcomed by the Allies to participate in their post World War II reconstruction.

In this book, doctors recall the way they have been mistreated in a way that resembles the conditions forced upon the intellectual community during the rise of Nazi Germany. The similarity is no coincidence; this same evil has now put much of our leadership under an apparent hypnosis to reactivate their agenda in a concocted "pandemic."

In this book, we explore the Nazi mind at work behind the scenes at YouTube in its strategic role of deception and manipulation on behalf of the Archons of the Cabal.