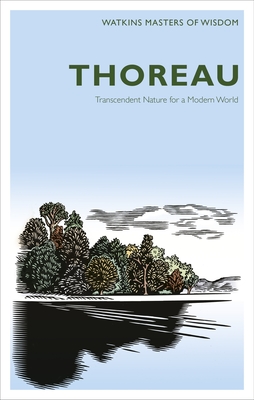 This is book number 4 in the Masters of Wisdom series.

This invaluable and engaging anthology captures the essence - and the charm - of Henry David Thoreau (1817 - 1862) through his writings, both formal and informal (including his journals). The Introduction and substantial Biography offer a vivid portrait of this highly influential American genius, assessing his importance in literature, politics, spirituality and the history of ideas. Then in Part One of the book, appealing extracts from his voluminous writings are presented to give a clear picture of his everyday life and his unique views on everything from Transcendent Nature to the cause of civil disobedience (in which he prepared the way for Gandhi). The prose extracts are interspersed with some of his delightful lyrical poems. Part Two presents generous extracts from Walden, an uplifting book that gives an account of living alone in a cabin on a small plot near Concord, Massachusetts, through the seasons of a single year.
The book interweaves autobiography with spiritual and political philosophy and with close observations of nature - the migrations of birds, the conflicts between red and black ants, the struggle for survival that makes winter an endurance test for so many animals. Describing his experiment in 'home economics' with wonderful vividness, Thoreau shows how we can live a fulfilling life of self-reliance close to nature, showing respect for all forms of life. The selection concludes with a Bibliography offering suggestions for further reading.
Alan Jacobs has made a lifelong study of mysticism. He is an accomplished and highly respected anthologist as well as an author in his own right. His own books include The Essential Gnostic Gospels and When Jesus Lived in India, while as an editor he has been responsible for Poetry for the Spirit, Peace of Mind, as well as Tales from Rumi, The Gnostic Gospels, The Upanishads, Native American Wisdom and Plato's Republic in the Watkins 'Sacred Texts' series.