The Citizen: And the Making of City (Paperback) 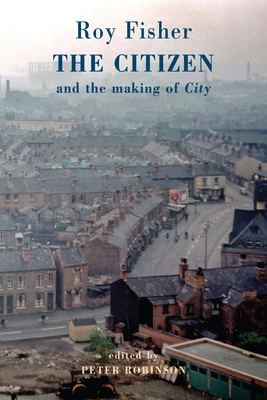 The Citizen: And the Making of City (Paperback)

When Roy Fisher told Gael Turnbull in 1960 that he had 'started writing like mad' and produced 'a sententious prose book, about the length of a short novel, called the Citizen' he was registering a sea change in his work, finding a mode to express his almost visceral connection with Birmingham in a way that drew on his sensibility and a wealth of materials that could last a lifetime. Much later in his career he would say that 'Birmingham is what I think with.' This 'm lange of evocation, maundering, imagining, fiction and autobiography, ' as he called it, was written 'so as to be able to have a look at myself & see what I think.'

All that was known of this work before Fisher's death in 2017 is that fragments from it had been used as the prose sections in City and that - never otherwise published - it was thought not to have survived. This proved not to be the case, and in The Citizen and the Making of City, Peter Robinson, the poet's literary executor, has edited the breakthrough fragment and placed it in conjunction with the first 1961 published version of Fisher's signature collage of poetry and prose, along with a never published longer manuscript of it found among the poet's archive at the University of Sheffield, and some previously unpublished poems that were considered for inclusion during the complex evolution of the work that Robinson tracks in his introduction.

By offering in a single publication the definitive 1969 text, two variant versions of City, its prose origins in The Citizen and continuation in Then Hallucinations, as well as some of the poetry left behind, this landmark publication offers a unique insight into Roy Fisher's most emblematic work. It is supplemented with an anthology of Fisher's own comments on City and a secondary bibliography of criticism on his profound response to changes wrought upon England's industrial cities in the middle of the 20th century.

Roy Fisher (1930-2017) published over 30 poetry books, and was the subject of numerous critical essays and several studies, including The Thing About Roy Fisher: Critical Essays on the Poetry of Roy Fisher, edited by Peter Robinson and John Kerrigan (Liverpool University Press, 2000), and of The Unofficial Roy Fisher, edited by Peter Robinson (Shearsman Books, 2010). He published four books with Bloodaxe. The Dow Low Drop: New & Selected Poems (1996) was superseded by his later retrospective, The Long and the Short of It: Poems 1955-2005 (2005), and followed by Standard Midland (2010), published on his 80th birthday, which was shortlisted for the Costa Poetry Award. An expanded edition, The Long and the Short of It: Poems 1955-2010 - including Standard Midland - was published in 2012. His first US Selected Poems, edited by August Kleinzahler, was published by Flood Editions in 2011. His final collection, Slakki: New & Neglected Poems (2016) is a Poetry Book Society Special Commendation. Peter Robinson's edition, The Citizen and the Making of 'City' (Bloodaxe Books, 2022) includes Fisher's early, previously unpublished prose work 'The Citizen', the precursor of 'City', with all three versions of that later sequence. Born in Handsworth, Birmingham, he retired as Senior Lecturer in American Studies from Keele University in 1982. He was also a jazz musician, and lived in the Derbyshire Peak District in his later years.