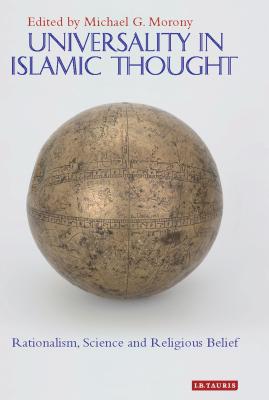 
Not On Our Shelves—Ships in 1-5 Days
In tenth-century Baghdad, the Mu'tazila theologians believed good and evil could be distinguished through human reason, while in the Indian subcontinent in the sixteenth century, rationalism served to express both the connections and boundaries of Islam in a sphere of religious pluralism. Universality in Islamic Thought discusses specific applications of rationalism in Islamic thought - from the Mu'tazila of Iraq and the Hanafi school of Islamic Law to the Chishti mystics of Mughal India - to explore the boundaries, morality and utility of the universalist principle as conceived by Islamic scientists, scholars, theologians and mystics across half a millennium. Providing a long-overdue and groundbreaking study of rationalism in Islam, this is the first methodological examination of how rationalism served - or did not serve - as a bridge between Muslims and non-Muslims during one of the most vital periods of Islamic intellectual activity. Bringing together contributions from leading academics such as Wilferd Madelung and Carl W Ernst, this is essential reading for scholars and students of intellectual history and Islamic studies.
Michael G. Morony is Professor of History at UCLA. He specialises in Near Eastern History and is an expert in the economic history of the Near East, North Africa and Muslim Spain. He is the author of Iraq after the Muslim Conquest .