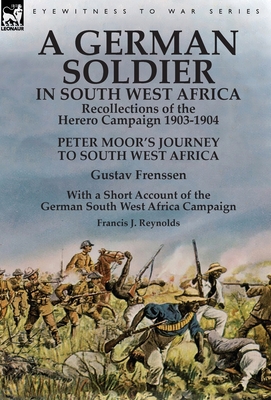 The Herero campaign from the perspective of one of the invaders

Germany's late development as a modern nation meant it missed the opportunity to colonise the most desirable parts of the world. In the 'scramble for Africa' Germany managed to secure a foothold in the east of the continent and also in the west, in the region that is present day Namibia. This inhospitable and difficult country was, of course, already in the possession of several indigenous tribes including the Herero and Namaqua among others. German settlers instituted a policy of land grabbing which ignored the claims and possessions of the indigenous tribes and armed resistance inevitably broke out. The Germans responded ruthlessly with a policy of virtual extermination. The natives fought an effective guerrilla war with, at one point, up to 19,000 German troops engaged until the conclusion of operations in 1908. This book contains a very unusual account of a young volunteer soldier's experience of this rarely described campaign of the early years of the twentieth century. Readers should note this is not an account from the Herero perspective. Appended to give historical context to this account is a short history of the campaign in South West Africa, 1915, during the First World War.

Leonaur editions are newly typeset and are not facsimiles; each title is available in softcover and hardback with dustjacket.