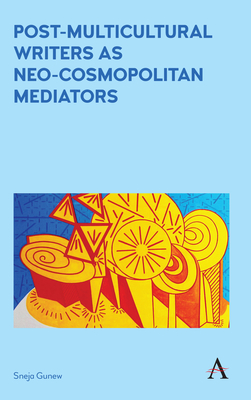 'Post-Multicultural Writers as Neo-Cosmopolitan Mediators' argues the need to move beyond the monolingual paradigm within Anglophone literary studies. Using Lyotard's concept of post as the future anterior (back to the future), this book sets up a concept of post-multiculturalism salvaging the elements within multiculturalism that have been forgotten in its contemporary denigration. Gunew attaches this discussion to debates in neo-cosmopolitanism over the last decade, creating a framework for re-evaluating post-multicultural and Indigenous writers in settler colonies such as Canada and Australia. She links these writers with transnational writers across diasporas from Eastern Europe, South-East Asia, China and India to construct a new framework for literary and cultural studies.

This book provides an overview of concepts in the field of literary and cultural neo-cosmopolitanism, demonstrating their usefulness in re-interpreting notions of the spatial and the temporal to create a new cultural politics and ethics that speak to our challenging times. The neo-cosmopolitan debates have shown how we are more connected than ever and how groups and geo-political areas that were overlooked in the past need to be brought to the center of our cultural criticism so that we can engage more ethically and sustainably with global cultures and languages at risk. In her wide-ranging study of world writers, Gunew juxtaposes Christos Tsiolkas, Brian Castro and Kim Scott from Australia with Canadian writers such as Shani Mootoo, Anita Rau Badami and Tomson Highway, connecting them to other Europeans such as Dubravka Ugresic and Herta M ller. NP] This book analyses diaspora texts within neo-imperial globalization where global English often functions as metonym for Western values. By introducing the acoustic 'noise' of multilingualism (accents within writing) in relation to the constitutive instability within monolingual English studies, Gunew shows that within global English diverse forms of 'englishes' provide routes to more robust recognition of the significance of other languages that create pluralized perspectives on our social relations in the world.

Sneja Gunew has taught in England, Australia and Canada. She has published widely on multicultural, postcolonial and feminist critical theory.