The Land of Dreams: Culture, Freedom and the Formation of Jazz in New Orleans (Paperback) 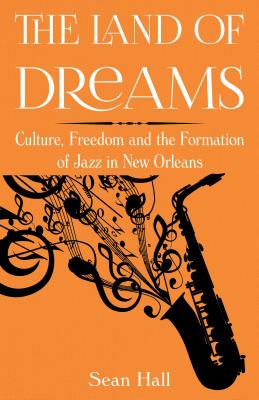 The Land of Dreams: Culture, Freedom and the Formation of Jazz in New Orleans (Paperback)


Backordered
Freedom is the oldest human value. Traditionally, though, freedom has been seen in rather abstract terms: as something that, since the Enlightenment in particular, is best couched in the complexities of a political philosophy of the sort associated with Hobbes, Locke, Montesquieu and Rousseau. Yet for freedom to be real it needs to be something that is experienced, felt, and enjoyed, fought for, and maintained in the face of those who might seek to oppose it. The Land of Dreams explores how the population of New Orleans in the late 19th and early 20th century danced, played, sang and spread their dreams of freedom. By examining sociological and political themes of gender, race, and class it will argue that jazz was instrumental in expressing and giving rise to an outward-looking and socially challenging notion of freedom and liberty in America. It will maintain that jazz was revolutionary in the way that it was improvised from various cultural materials (both linguistic, material, psychological, social and cultural) that were available in New Orleans during that time.
Sean Hall is Leader in Contextual Studies in the Department of Design at Goldsmiths College, University of London. He was formerly Lecturer in Philosophy at Balliol College, University of Oxford. He is the author of 'This Means This, This Means That', (2012), which has now been translated into nine languages.