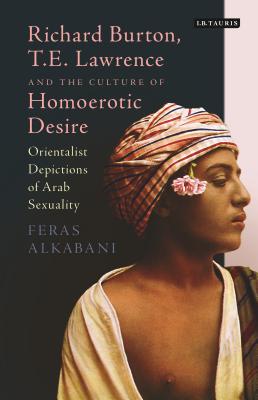 
Not Yet Published—Pre-Order Now
(This book cannot be returned.)

In the nineteenth and early twentieth centuries, the Arab-speaking regions of the Ottoman Empire saw a crucial change in attitudes towards sexuality. Notions of 'respectability', 'propriety' and 'sexual morality' were being transformed in literary and cultural discourses, a shift that was related to the gradual rise in anti-Ottoman Arab nationalism. However, contemporary Orientalists such as Sir Richard Burton and T.E. Lawrence were oblivious to certain aspects of this process of cultural reconfiguration. While accounts of male-love poetry (ghazal al-mudhakkar) were being gradually expurgated from the Arab literary heritage, elaborate narratives of Oriental homoerotic desire distinctively characterise the encounters of both Burton and Lawrence with the Arab East.

By comparing their autobiographical accounts of the Arab Orient with contemporary Arabic literature,
Feras Alkabani is able to expose this critical disparity in cross-cultural portrayals of sexual morality and homoerotic desire. Alkabani relates the conflicting agendas of contemporary Orientalists and Arab scholars to the shifts in international imperial power relations and the eventual collapse of the Ottoman Empire. His detailed comparative study reveals the significance of homoerotic desire within Orientalist and Arab literary discourses at a time when the meaning and connotations of poetic male-love were undergoing a critical change in Arab culture and literature. It will prove invaluable for those researching nationalism, imperialism and manifestations of homoerotic desire in the fin-de-si cle Middle East.
Feras Alkabani is Associate Tutor in the History Department at the University of Sussex where he teaches courses on Frantz Fanon and Edward Said, as well as Race, Ethnicity and Nationalism. He has worked at the Faculty of Humanities, Damascus University and holds a PhD in English and Comparative Literature from the University of Sussex.