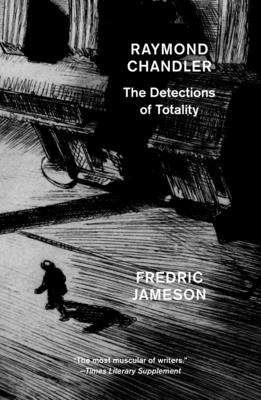 Raymond Chandler, a dazzling stylist and portrayer of American life, holds a unique place in literary history, straddling both pulp fiction and modernism. With The Big Sleep, published in 1939, he left an indelible imprint on the detective novel. Fredric Jameson offers an interpretation of Chandler’s work that reconstructs both the context in which it was written and the social world or totality it projects. Chandler’s invariable setting, Los Angeles, appears both as a microcosm of the United States and a prefiguration of its future: a megalopolis uniquely distributed by an unpromising nature into a variety of distinct neighborhoods and private worlds. But this essentially urban and spatial work seems also to be drawn towards a vacuum, an absence that is nothing other than death. With Chandler, the thriller genre becomes metaphysical.
Fredric Jameson is Distinguished Professor of Comparative Literature at Duke University. The author of numerous books, he has over the last three decades developed a richly nuanced vision of Western culture’s relation to political economy. He was a recipient of the 2008 Holberg International Memorial Prize. He is the author of many books, including Postmodernism, Or, the Cultural Logic of Late Capitalism; Archaeologies of the Future; Valences of the Dialectic; Antinomies of Realism; and The Ancients and the Postmoderns.
“Fredric Jameson is America’s leading Marxist critic. A prodigiously energetic thinker whose writings sweep majestically from Sophocles to science fiction.”
—Terry Eagleton

“Not often in American writing since Henry James can there have been a mind displaying at once such tentativeness and force. Probably the most important cultural critic writing in English today … it can truly be said that nothing cultural is alien to him. The best of Jameson’s work has felt mind-blowing in the way of LSD or mushrooms: here before you is the world you’d always known you were living in, but apprehended as if for the first time in the freshness of its beauty and horror.”
—Benjamin Kunkel, London Review of Books

“Even the most anti-Marxian among us, [will] find ourselves compelled, if not to accept the book’s intricate hypotheses, at least to accord them an ungrudged admiration for the brilliance of their formulation and the serene and quietly convinced tone in which they are advanced.”
—John Banville, New York Review of Books

“The small length of Jameson’s book adds a tightness to its arguments and the style is often Chandler-esque: words are not wasted, literary observations are pin-sharp and there are some wry aperçu. Winningly, Jameson occasionally employs the genre’s rhetoric, so his theorising becomes the pursuing of ‘lines of enquiry,’ a ‘procedure,’ etc. It’s touches like this that make Jameson such a joy to read.”
—Cornelius Fitz, 3AM

“Probably the most important cultural critic writing in English today … it can truly be said that nothing cultural is alien to him.”
—Colin MacCabe

“The most muscular of writers.”
—Times Literary Supplement

“Jameson, now 82, has long been the most alluring American literary theorist, the only one to match the French in style and depth. This bravura book stems from a long engagement—we might say obsession—with Chandler; what had been a footnote 30 years ago now unfolds with full force. Jameson makes every strand of Chandler’s oeuvre glisten with significance.”
—Angela Woodward, Los Angeles Review of Books