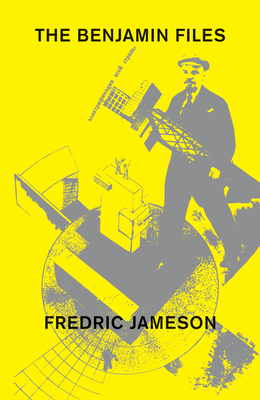 The Benjamin Files offers a comprehensive new reading of all of Benjamin's major works and a great number of his shorter book reviews, notes and letters. Its premise is that Benjamin was an anti-philosophical, anti-systematic thinker whose conceptual interests also felt the gravitational pull of his vocation as a writer. What resulted was a coexistence or variety of language fields and thematic codes which overlapped and often seemed to contradict each other: a view which will allow us to clarify the much-debated tension in his works between the mystical or theological side of Benjamin and his political or historical inclination.

The three-way tug of war over his heritage between adherents of his friends Scholem, Adorno and Brecht, can also be better grasped from this position, which gives the Brechtian standpoint more due than most influential academic studies.  Benjamin’s corpus is an anticipation of contemporary theory in the priority it gives language and representation over philosophical or conceptual unity; and its political motivations are clarified by attention to the omnipresence of History throughout his writing, from the shortest articles to the most ambitious projects. His explicit program—“to transfer the crisis into the heart of language” or, in other words, to detect class struggle at work in the most minute literary phenomena—requires the reader to translate the linguistic or representational literary issues that concerned him back into the omnipresent but often only implicitly political ones. But the latter are those of another era, to which we must gain access, to use one of Benjamin’s favorite expressions.
Fredric Jameson is Distinguished Professor of Comparative Literature at Duke University. The author of numerous books, he has over the last three decades developed a richly nuanced vision of Western culture's relation to political economy. He was a recipient of the 2008 Holberg International Memorial Prize. He is the author of many books, including Postmodernism, Or, The Cultural Logic of Late Capitalism, The Cultural Turn, A Singular Modernity, The Modernist Papers, Archaeologies of the Future, Brecht and Method, Ideologies of Theory, Valences of the Dialectic, The Hegel Variations and Representing Capital.

“Probably the finest cultural critic in the world … one of the great stylists among literary theorists, whose rolling waves of sentences unfurl in such leisurely fashion that the reader must take deep breaths, careful not to be dragged under before the next full stop arrives.”
—Terry Eagleton, London Review of Books

“Probably the most important cultural critic writing in English today … It can be truly said that nothing cultural is alien to him.”
—Colin MacCabe

“In The Benjamin Files, the high Jamesonian style is everywhere on display, with the slight difference that the prose in this book seems at once more forthright and more playful than in many of the older works.”
—Ian Balfour, Los Angeles Review of Books

“Jameson skilfully situates Benjamin within his immediate and wider contexts, and he is an attentive close reader, drawing out the tight, mutual links between form and content in Benjamin’s thought.”
—Carolin Duttlinger, Times Literary Supplement

“Alert to the finest of … nuances, Fredric Jameson has given us a Benjamin whose mental fulgurations can still illuminate a world blown backwards through the thickening dark.”
—Stuart Walton, Review 31

“In making his case, Jameson places Benjamin squarely within the Marxist tradition, while simultaneously retaining all that is unique and complex about his thinking.”
—Paul Stasi, Socialism & Democracy