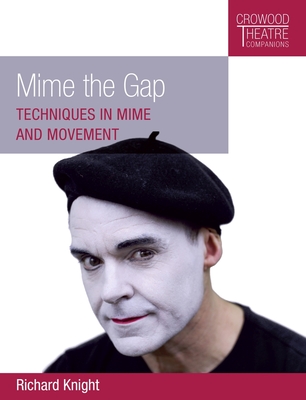 
Special Order—Subject to Availability
With detailed, step-by-step instructions of basic to advanced mime illusions, this book addresses the key areas of physicality, including when to move and when not to move, making the invisible "visible," and the fundamental principles of physical articulation. Additional topics include using the elements of Fire, Earth, Water and Air for physical characterization; techniques for performing classic mime routines; how to mime with props and objects, both visible and invisible; using breath, posture, and gesture to enhance performance and perceptions, and finally, creating and producing an authentic performance. Offers numerous exercises suitable for solo or group work.
Richard Knight has been performing, directing, and teaching in the theater, film, and television industries for more than 30 years. His film work in motion capture and mime consultancy includes The Avengers: Age of Ultron, Suffragette, and Sweeney Todd. He has taught the Royal Shakespeare Company, The National Theatre, and the Royal School of Art. Richard trained with mime legend Jacques Lecoq.