Giants of the Clyde: The Great Ships and the Great Yards (Paperback) 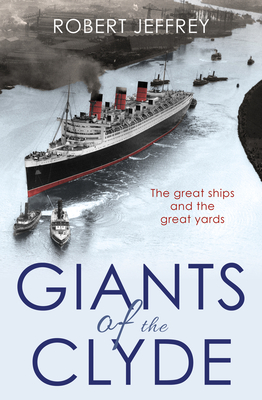 Giants of the Clyde: The Great Ships and the Great Yards (Paperback)


Special Order—Subject to Availability
There is barely a corner of the five great oceans where Clyde-built is not recognized as the ultimate shipbuilding accolade. As late as the 1950s, around a seventh of the total of the world's sea going tonnage was built on the Clyde. It is not a particularly wide river, nor spectacularly long - it is certainly no Mississippi or Amazon - but its fame is legendary. From the many yards on its banks, north and south, en route from the gentle hills of Lanarkshire to the Firth of Clyde, came engineering innovation and fabled names in shipping - iconic vessels like the Cutty Sark and the Delta Queen, fearsome warships like the mighty Hood, and the cream of the world's great liners, the Cunard Queens and the beautiful white Empress vessels. All that and cargo carrying workhorses that opened up the world. More recent times have seen the phoenix-like revival of Ferguson Shipbuilders, the last remaining yard on the Lower Clyde, saved from closure by industrialist Jim McColl and now investing in the hybrid technology of the future that has thrown a lifeline to this once great yard.This is the fascinating, often turbulent, story of a great river, its great ships and the folk who built them.
Robert Jeffrey is a long-serving Glasgow journalist and the former managing editor of the Herald group of newspapers. His many best-sellers include Glasgow's Hard Men, Blood on the Streets, Glasgow's Godfather and Crimes Past.