Space 2069: After Apollo: Back to the Moon, to Mars, and Beyond (Paperback) 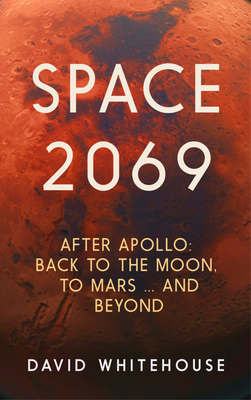 Space 2069: After Apollo: Back to the Moon, to Mars, and Beyond (Paperback)

' A] skilful history of space exploration ' - Kirkus Reviews (starred review)
Nearing half a century since the last Apollo mission, mankind has yet to return to the Moon, but that is about to change. With NASA's Artemis program scheduled for this decade, astronomer David Whitehouse takes a timely look at what the next 50 years of space exploration have in store.
The thirteenth man and the first woman to walk on the Moon will be the first to explore the lunar south pole - the prime site for a future Moon base thanks to its near-perpetual sunlight and the presence of nearby ice.
The first crewed mission to Mars will briefly orbit the red planet in 2039, preparing the way for a future landing mission. Surviving the round trip will be the greatest challenge any astronaut has yet faced.
In the 2050s, a lander will descend to the frozen surface of Jupiter's moon Europa and attempt to drill down to its subsurface ocean in search of life.
Based on real-world information, up-to-date scientific findings and a healthy dose of realism, Space 2069 is a mind-expanding tour of humanity's future in space over the next 50 years.
David Whitehouse is a former BBC Science Correspondent and BBC Science Editor. He is the author of the bestselling Apollo 11: The Inside Story, and has written for The Times, The Guardian, Focus, New Scientist and The Economist.