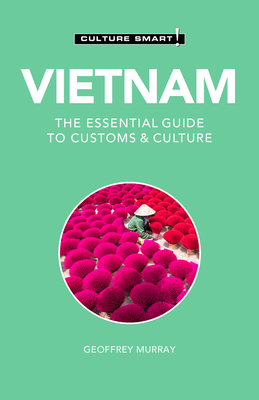 This is book number 110 in the Culture Smart! series.

Don't just see the sights—get to know the people. Vietnam is one of the most fascinating destinations in Southeast Asia. Having emerged from two decades of war, it has undergone a period of rapid and far-reaching change, and its people have their eyes fixed firmly on the horizon. Culture Smart! Vietnam is for those who want to learn about the traditional values, sensibility, and modern way of life of the Vietnamese. It explains deep-seated attitudes and describes some of the social, economic, and cultural changes now under way. Aimed at dispelling common misconceptions, it gives practical advice on what to expect and how to behave in unfamiliar situations in order to help you discover for yourself the warmth and humor of this tough, resilient people. Have a richer and more meaningful experience abroad through a better understanding of the local culture. Chapters on history, values, attitudes, and traditions will help you to better understand your hosts, while tips on etiquette and communicating will help you to navigate unfamiliar situations and avoid faux pas.

Geoffrey Murray is an English-born journalist, author, and teacher who has lived and worked in the Asia Pacific region for more than sixty years. He moved to Australia in 2014 to enjoy a semi-retirement, where he continues to work, as a freelance book editor for various departments of the Chinese government and as a consulting editor for one of the most prestigious Chinese English dictionaries. He has published sixteen books on a wide range of business and socio-economic issues, mostly about China, but also including Vietnam: Dawn of a New Market and Simple Guide to the Customs and Etiquette of Vietnam. Geoffrey has followed developments in Vietnam ever since he served as a news agency war correspondent with the Australian Army in the mid-1960s, winning the Australian government s Vietnam Logistics and Support Medal. He is officially listed as a Vietnam War Veteran by the Australian government.

"Culture Smart! has come to the rescue of hapless travellers."—Sunday Times Travel

"...the perfect introduction to the weird, wonderful and downright odd quirks and customs of various countries." —Global Travel

"...as useful as they are entertaining."—Easy Jet Magazine

"...offer glimpses into the psyche of a faraway world."—New York Times