Blood and Bronze: The British Empire and the Sack of Benin (Hardcover) 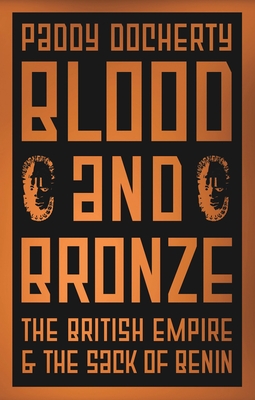 Blood and Bronze: The British Empire and the Sack of Benin (Hardcover)


Not On Our Shelves—Ships in 1-5 Days
The famous Benin Bronzes are among the most prized possessions of the British Museum. Celebrated for their great beauty, they embody the history, myth and artistry of the ancient Kingdom of Benin, once the most powerful in West Africa and now part of Nigeria. But despite their renown, little has been written about the brutal act of imperial violence through which the Bronzes were plundered. This incisive new history tells that neglected story: the 1897 British invasion of Benin.
Diving into the archives, Blood and Bronze sets the assault on Benin in its late Victorian context. As Britain faced new commercial and strategic pressures on its power elsewhere, it ruthlessly expanded its rule in West Africa. Revealing both the extent of African resistance and previously concealed British outrages, this is a definitive account of the conquest and destruction of Benin. By laying bare the Empire's true motives and its violent means, Paddy Docherty demolishes any moral claim for Britain retaining the Bronzes, and makes a passionate case for their immediate repatriation to Nigeria.

Paddy Docherty is a historian of empire, with a particular interest in the British Empire, anticolonial resistance, and the cultural impact of imperialism. He was educated at the University of Oxford and is the author of The Khyber Pass: A History of Empire and Invasion.