The Complete Michael Jackson: The Man, the Music, the Moves, the Magic (Hardcover) 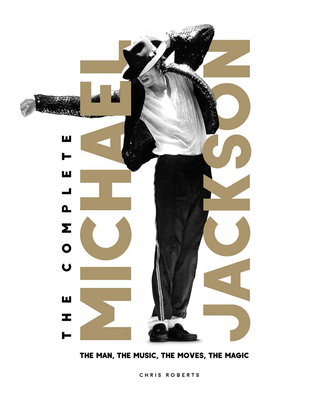 The Complete Michael Jackson: The Man, the Music, the Moves, the Magic (Hardcover)


Special Order—Subject to Availability
Filled with stunning photographs, this is the ultimate reference to the King of Pop: Michael Jackson Years after his death, Michael Jackson continues to captivate fans. The Complete Michael Jackson is the definitive look at the pop idol's long and storied career--from start to finish, with nothing left out. Fantastic images capture every part of the music titan's life, from his childhood debut as a member of the Jackson 5 all the way through his preparations for his sell-out season at the O2 arena. Music writer Chris Roberts exhaustively explores every album, recording, appearance, and gig, resulting in an unforgettable portrait of the most successful entertainer of all time.
Short version for catalog:
Chris Roberts has written for a variety of international publications and websites, including Classic Rock, The Guardian, Melody Maker, NME, Sounds, Elle, Ikon, The Daily Telegraph, Empire, and Emusic. He has also written books about Lou Reed, Abba, Scarlett Johansson, and Heath Ledger, as well as the bestselling Michael Jackson: The King of Pop. He lives in London.