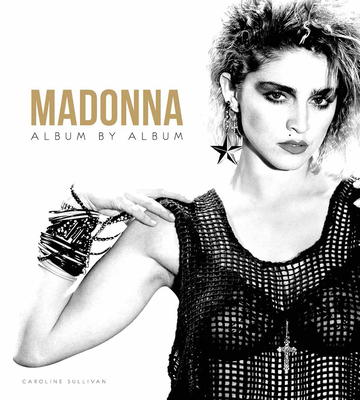 
Special Order—Subject to Availability
(This book cannot be returned.)
Madonna is the most popular female recording artist ever, a boundary-pushing artist who constantly reinvents herself. Updated to include Rebel Heart, this authoritative book examines all of her studio albums, placing them in cultural context and charting the musician's influence. Featuring iconic and rare photographs, and published in anticipation of her 60th birthday, Madonna takes a unique look at the star's extraordinary output.
Caroline Sullivan is a New York-born music journalist who has written for the Guardian, The Times, Time Out, and many other prominent publications. Starting her career with Melody Maker, Sullivan later became the Chief Rock Critic at the Guardian. Throughout her career she has interviewed some of the biggest names in music, including Lady Gaga, Radiohead, and Adele. She is also the author of Bye Bye Baby: My Tragic Love Affair with the Bay City Rollers, Adele, and Ed Sheeran.