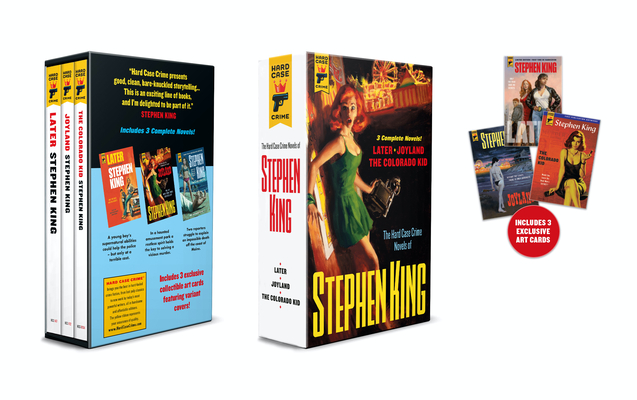 Set in a small-town North Carolina amusement park in 1973, Joyland tells the story of the summer in which college student Devin Jones comes to work in a fairground and confronts the legacy of a vicious murder, the fate of a dying child, and the ways both will change his life forever.

A rookie newspaperwoman learns the true meaning of mystery when she investigates a 25-year-old unsolved and very strange case involving a dead man found on an island off the coast of Maine.

The son of a struggling single mother, Jamie Conklin just wants an ordinary childhood. But Jamie is no ordinary child. Born with an unnatural ability, Jamie can see things no one else can. But the cost of using this ability is higher than Jamie can imagine - as he discovers when an NYPD detective draws him into the pursuit of a killer who has threatened to strike from beyond the grave.
Stephen King is the author of more than fifty books, all of them worldwide best-sellers. King was the recipient of America's prestigious 2014 National Medal of Arts and the 2003 National Book Foundation Medal for distinguished contribution to American Letters. In 2007 he also won the Grand Master Award from the Mystery Writers of America. He lives with his wife Tabitha King in Maine.