The Next Time I Die (Paperback) 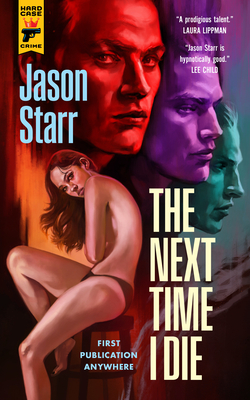 The Next Time I Die (Paperback)


Not On Our Shelves—Ships in 1-5 Days
A paranoid thriller in the mind-bending tradition of Philip K. Dick and The Twilight Zone, THE NEXT TIME I DIE will draw you into its claustrophobic web of suspense and leave you questioning everything you think you know.

DYING WAS ONLY THE BEGINNING.

Steven Blitz didn’t think about his own safety when he saw the man trying to force a woman into his car. He stepped in to defend her, and got a knife to the gut for his troubles.

But when he wakes up in the hospital from what should have been a fatal wound, he finds the whole world changed – a different president in the White House, a loving family when he’d been on the verge of divorce, more money in the bank than he’s ever seen. There’s a dark side, though: in this world, Steven Blitz is not a good man. And now he’s got to get himself out of serious trouble without even knowing what it is he’s done wrong.

“Jason Starr is the first writer of his generation to convincingly update the modern crime novel by giving it provocative new spins.”
—Bret Easton Ellis

Jason Starr is the internationally bestselling author of many crime thrillers, including Tough Luck, Twisted City, and The Follower, and his books have been published in over a dozen languages. He has also co-written several novels with Ken Bruen for Hard Case Crime, and his work in comics for Marvel, DC, Vertigo, and Boom! Studios has featured Wolverine, the Punisher, Batman, Doc Savage, and Justice Inc. Many of his books are in development for film and television. Starr has won the Anthony Award for mystery fiction twice, as well as the Barry Award. He was born in Brooklyn and lives in Manhattan.
“So fresh and clever and compelling. I don’t know when I last turned pages so quickly.”
IAN RANKIN

"I really don’t know how Jason Starr does it: I start out thinking I’m only going to read a chapter and an hour later I’m on page eighty.”
BRET EASTON ELLIS

"A paranoid noir freakout playing its own one-of-a-kind game... and a shameless page-turner."
JOE HILL

"An audacious mindbender of a novel. A high-octane cocktail of infidelity, murder and alternate realities, served up straight from the Twilight Zone."
WALLACE STROBY

"With The Next Time I Die, Jason Starr has taken a next level leap... It's like Philip K. Dick is still with us and has just written a new, brain-frying work of New York noir."
BRIAN GREENE, CRIMINAL ELEMENT

“It might be my favorite of his books ever. I read it in one day and haven’t stopped thinking about it since. Highly recommended.”
ED BRUBAKER

"Jason Starr is one of the sharpest, most entertaining writers of crime fiction working today, and this book will bend your brain. Strongly recommended."
RAY GARTON, author of Live Girls

“As in the best nightmarish noir, Starr ups the ante” - Publishers Weekly

"One tasty bit of noir that will leave your head thumping against the wall." - Dave's Pulp and Mystery Reads

“Completely enthralling. THE NEXT TIME I DIE is sharp, super-suspenseful and impossible to put down.” -Alison Gaylin


“Starr melds noir and a multiverse narrative to create a sinuous, high-wire act of a novel.  It’s an unabashed page-turner.”
CRIMEREADS