The Art of Verbal Warfare (Hardcover) 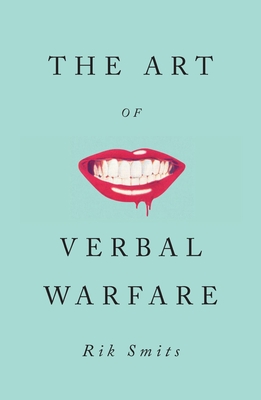 The Art of Verbal Warfare (Hardcover)


On Our Shelves Now at:
A funny and fascinating exploration of our reliance upon swear words, insults, and the artfully placed expletive, damn it.

We use salty or artful language to win arguments, slander, cheat, and bully, as well as to express feelings of joy or frustration by swearing or “blowing off steam.” Rik Smits delves into the magic of oaths and profanity, art and advertising, the lure of fake news and propaganda, as well as invective and off-color jokes the world over. This book shows why conversation dies in crowded elevators and what drives us to curse at our laptops. The Art of Verbal Warfare is, when all is said and done, the story of how we can get through life without coming to physical blows.
Rik Smits is a linguist based in Amsterdam, the Netherlands. His books include The Puzzle of Left-handedness, also published by Reaktion Books, and Dawn: The Origins of Language and the Modern Human Mind.
"There is such a fountain of anarchic, foul-mouthed, carnivalesque energy, obscenity, and linguistic mayhem on display here, so much of it hilariously enjoyable, that life would be a dull affair without it."
— Sunday Times

"Whether in hieroglyphic, written word, or shouted profanity, humans have historically enjoyed a rich reservoir of language reserved for abuse, insult, threat, the expression of frustration and the many other situations which call for the more colorful phraseology. This brick of a book looks at those vocabularies and how they are employed across different cultures and in a multitude of scenarios, from children striving to shock to the advertising industry seeking attention in order to shift product."
— Strong Words Magazine

"Smits explores the 'rough and tumble' of language in order to tell 'a story about us and what makes us tick.' Among the subjects he addresses are swearing, blasphemy, jokes, profane ditties, propaganda, name-calling, censorship, taboo, the urgent hyperbole of social media, and rhetorical tricks such as false analogy... Smit's main strength lies in finding the most pungent illustrations of the phenomena he describes."
— Times Literary Supplement

“If you want to know why you swear, what counts as a potty mouth in other cultures, and why words can hurt more than sticks and stones, then this rampage of a book is for you: it will amuse, embarrass, provoke, enlighten, and annoy the hell out of you about all forms of dirty language—and dirty politics. It is also a passionate defense of the joys and failures Western democracy, liberalism, and rationality—for which using words well really matters.”
— Simon Goldhill, professor of Greek, University of Cambridge, fellow of King's College, Cambridge, and foreign secretary of the British Academy