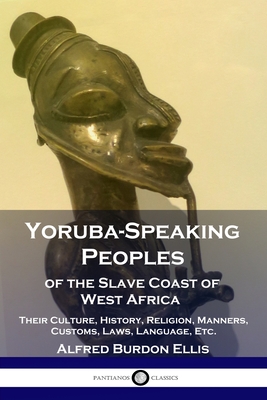 The Yoruba speaking group inhabits Benin and Nigeria. This pioneering investigation, published in 1894, reveals the culture, history, spiritual beliefs and unique language of the Yoruba ethnicity.

After introducing the region with maps and descriptions of the coast and its settlements, the author commences his wide-ranging and superbly researched assessment of the Yoruba people. Their laws and system of government, their religious rites, doctrines and ceremonies, their folk tales and legends, and their fascinating language are but some of the topics covered. Throughout his enquiries, the author writes with both passion and meticulous detail, particularly when it comes to the vocabulary and linguistics unique to the Yoruba.

Alfred Burdon Ellis was a British army officer who authored several books concerning West Africa and its inhabitants. An educated man greatly intrigued by the region to which he was posted, Ellis managed to learn local languages and customs, to the point where his writings constituted pioneering texts of West African ethnography. Yoruba-Speaking Peoples was the final book that Ellis wrote: shortly after its completion he was taken ill with fever, perishing months later on the island of Tenerife aged only 42.