Out of a Gray Fog: Ayn Rand's Europe (Politics) (Hardcover) 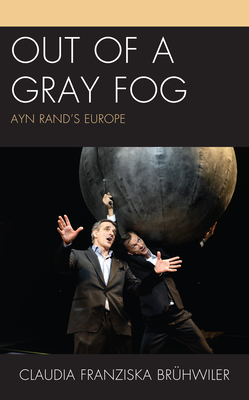 Out of a Gray Fog: Ayn Rand's Europe (Politics) (Hardcover)


Not On Our Shelves—Ships in 1-5 Days
"As to Europe-keep it in a gray, ominous, evil fog."-Ayn Rand (1905-1982) thus commented on the role of Europe in her key novel, Atlas Shrugged (1957). The same could be said of the way Europe features in her own biography and in the general perception of her persona. Even though Rand was born in pre-revolutionary Russia, she is nowadays considered anAmerican phenomenon, whose reach ends at the Atlantic shore. This book lifts the "gray fog" cast over her relationship with Europe, retracing the changing perception of the continent in both her fiction and thought. Her apparent lack of success with European readers is often explained by allegedly different reading tastes. However, a look at her publication history and reception shows that many factors played a role why her work found fewer European than US readers. Finally, an archipelago of European readers and admirers emerges which is testament to Rand's impact on European art and politics.