Towards a Collaborative Memory: German Memory Work in a Transnational Context (Hardcover) 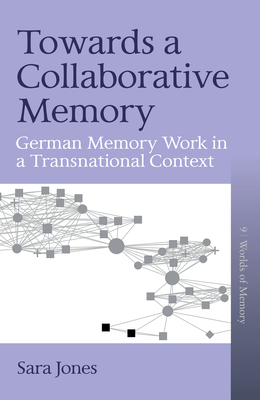 Towards a Collaborative Memory: German Memory Work in a Transnational Context (Hardcover)

Focusing on the memory of the German Democratic Republic, Towards a Collaborative Memory explores the cross-border collaborations of three German institutions. Using an innovative theoretical and methodological framework, drawing on relational sociology, network analysis and narrative, the study highlights the epistemic coloniality that has underpinned global partnerships across European actors and institutions. Sara Jones reconceptualizes transnational memory towards an approach that is collaborative not only in its practices, but also in its ethics, and shows how these institutions position themselves within dominant relationship cultures reflected between East and West, and North and South.

Sara Jones is Professor in the Department of Modern Languages at the University of Birmingham. She has published widely and led on numerous funded projects within memory studies, with a particular focus on post-socialist memory cultures (especially in Germany), first person testimony, transnational and relational memory. She is author of Complicity, Censorship and Criticism: Negotiating Space in the GDR Literary Sphere (2011) and The Media of Testimony: Remembering the East German Stasi in the Berlin Republic (2014).