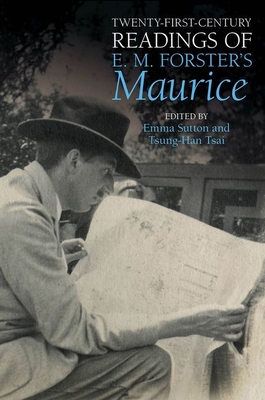 
Coming Soon—Pre-Order Now
This is the first book-length study of Forster's posthumously-published novel. Nine essays focus exclusively on Maurice and its dynamic afterlives in literature, film and new media during the twentieth and twenty-first centuries. Begun in 1913 and revised over almost fifty years, Maurice became a defining text in Forster's work and a canonical example of queer fiction. Yet the critical tendency to read Maurice primarily as a revelation of Forster's homosexuality has obscured important biographical, political and aesthetic contexts for this novel. This collection places Maurice among early twentieth-century debates about politics, philosophy, religion, gender, Aestheticism and allegory. Essays explore how the novel interacts with literary predecessors and contemporaries including John Bunyan, Oscar Wilde, Havelock Ellis and Edward Carpenter, and how it was shaped by personal relationships such as Forster's friendship with Florence Barger. They close-read the textual variants of Forster's manuscripts and examine the novels genesis and revisions. They consider the volatility of its reception, analysing how it galvanizes subsequent generations of writers and artists including Christopher Isherwood, Alan Hollinghurst, Damon Galgut, James Ivory and twenty-first-century online fanfiction writers. What emerges from the volume is the complexity of the novel, as a text and as a cultural phenomenon.

Emma Sutton is Professor of English at the University of St Andrews, Scotland. Tsung-Han Tsai is an independent scholar.