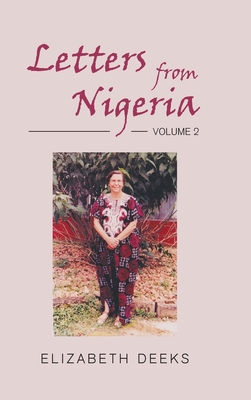 In 1972 Elizabeth Deeks returned to Nigeria to teach at the Vining Christian Leadership Centre in Akure where men trained as catechists. Elizabeth was the Women's Warden and she taught a course for their wives designed to help these men in their future work. Some of the women had never been to school and didn't speak Yoruba or English. They were allowed to bring two children under six - so babies might join them in the classroom. Elizabeth ran the Centres' Dispensary, helping all students with medical problems.

She became Secretary of the Akure Leprosy Welfare Committee dealing with issues at a leprosy settlement nearby, aiming to help the patients and managing people's fears about leprosy.

These letters from Nigeria describe the work and life of a CMS missionary in the 1970's. Further letters of her work in Akure in the 1980s will be published in a third volume later.

Elizabeth's parents worked with the Church Missionary Society in St. Andrews Teacher Training College, Oyo Nigeria in the 1930's. She was born in Edinburgh in 1937 She gained a BSc in Geography and a PGCE from Leicester University and went on to teach in Tottenham High School before going with CMS to join the staff of St. Monica's Grammar School, Ondo, from 1965 to 1970 as described in Letters from Nigeria Vol 1. Elizabeth corresponded regularly with her parents whilst working in Nigeria.