Tales from the Waves: My voyages on some of Britain's last traditional cargo ships (Paperback) 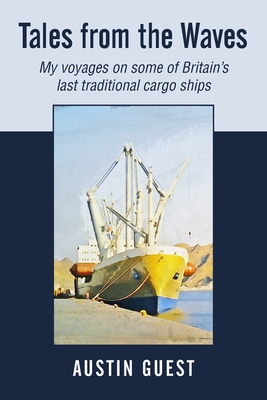 Tales from the Waves: My voyages on some of Britain's last traditional cargo ships (Paperback)

In this memoir and travelogue from his early working life, Austin Guest tells of his time as a cargo ship's Radio Officer in the 1970s and early 1980s. He was an officer on arrival aged 19, but with much to learn and to prove. Along with the excitement of new places and cultures he encountered tyrannical captains, heavy seas, unreliable equipment, distress calls, excess alcohol, onboard conflicts, chaotic misadventures, lost island paradises and the aftermath of a war zone. He also began to see how his role and the cargo ships themselves would soon disappear from the seas, and subsequently observed how the famous shipping company became fragmented and sold.

All this is presented beside some maritime history, the evolution of radio, the skills and knowledge required to make ship to shore communications happen, and how things could go wrong (or right) within the radio room and elsewhere around the ship. Some voyages were punctuated with amazing people and experiences, while others could only be endured.

A lively and varied read, peppered with humour, history, science, geography and music.