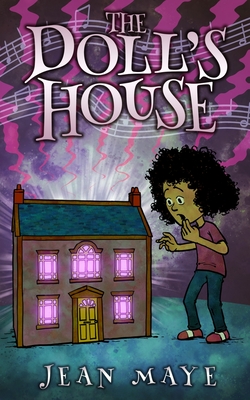 Shortly after being adopted by Inga and Matt Taylor, inquisitive and head-strong Sienna discovers a doll's house in a locked cupboard. Already curious as to how the Taylor's own daughter vanished several years before, Sienna was not going to rest until she understood why such a beautiful dolls house was hidden away. Not only that, why Inga and Matt refused to believe her when she heard the piano from the doll's house in the next room, playing the same tune repeatedly.

Perhaps the Old Curiosity Shop and Mr Panagopolous had something to do with the mysteries? There was only one way to find out - Sienna was going to unravel the mysteries unfolding and to the Taylors missing daughter.

Independent Review 'I bought this book for my niece but decided to read it first myself. Fabulous. It is very easy to get into and start reading; not too much description that might tire a reluctant reader and truly captivating. One of the main characters, the shopkeeper could have come out of Harry Potter or even Paddington Bear. It is a child's version of a real page turner and with a hint at the end of more adventures to come. Marvellous.'