Bear in a Square (Board Books) 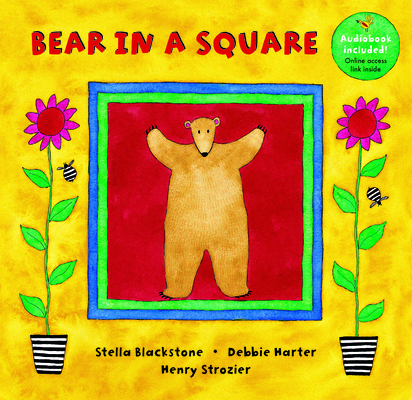 Bear in a Square (Board Books)


Not On Our Shelves—Ships in 1-5 Days
Discover lots of different shapes with Bear -- there are triangles on the waves, diamonds on the crown and stars in the sky. Rhyme, repetition and counting establish this book of shapes, and a two-page spread recapping the shapes and colors reinforces the educational building blocks.
Award-winning author Stella Blackstone has written many of Barefoot's best-selling titles, including the Bear series and the Cleo the Cat series. She has been writing for children for over twenty years. Stella lives in Somerset, UK.Debbie Harter has illustrated over 20 books for Barefoot, including the beloved Bear series. As a child, Debbie would lose herself in books (as long as they had pictures) and hopes to continue doing so until she's very old. She lives in Cornwall, England.Henry Strozier is a film and Broadway actor and television narrator. He has worked with Discovery Channel, PBS and National Geographic among others. In 2016, he won an Audie award for his narration work and is a two-time Emmy nominee. Henry has narrated over 100 books.