Freedom of Information and the Developing World: The Citizen, the State and Models of Openness (Chandos Information Professional) (Paperback) 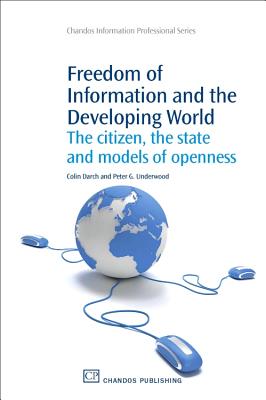 Freedom of Information and the Developing World: The Citizen, the State and Models of Openness (Chandos Information Professional) (Paperback)


Special Order—Subject to Availability
(This book cannot be returned.)
Rather than simply summarising the state of play in African countries and elsewhere, Freedom of Information and the Developing World identifies and makes explicit the assumptions about the citizen's relationship to the state that lie beneath Freedom of Information (FoI) discourse. The book goes on to test them against the reality of the pervasive politics of patronage that characterise much of African practice.
Colin Darch is based at the African Studies Library at the University of Cape Town, South Africa as a researcher; his current research interests include the role of intellectual property laws in relation to development issues in less developed countries, the functioning of such research quality controls as peer review in the LIS environment, and freedom of information issues in Africa.